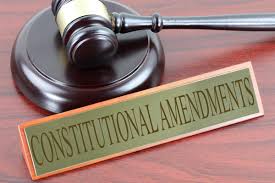 Resolution SJ 30, which seeks to make having an abortion an unlimited state constitutional right, was voted out of the Government Administration and Elections Committee on March 25, 2022. The vast majority of people who provided testimony on the bill during the public hearing, including the Catholic Public Affairs Conference, were opposed to this legislation. Only 5 of 75 people supported it. Senator Mae Flexer (D), Co-Chair of the Committee, is the primary sponsor of the legislation.  S.J. 30 was passed out of committee along party lines, with Democrats in full support. See how the members voted at the bottom of this page.

Below are some points for opposing this legislation.

1.  Connecticut would be the first state in our nation to place such an immoral act written into its Constitution.  We were once told that Rowe v Wade was settled law in our nation. Today, as we watch the debate over abortion still raging in our nation, we know that is false. Why has the Roe decision failed our people? Because the U.S. Supreme Court tried to dictate to a divided nation a convenient morality that conflicted with the moral beliefs of a majority of our nation. The people of this country and state are still divided on this issue. Abortion is not ready socially or politically to be enshrined as part of the highest legal document of our state. Trying to dictate morality through force of law very rarely works and this is exactly what S.J. 30 attempts to do.

2.  Additionally, this resolution fails to clearly state its intent, which is to legalize abortion without limits in the State of Connecticut. Instead, the authors of this resolution use the term “right of personal reproductive autonomy and freedom”.  Why is this term used instead of the word “abortion”? Because the word “Abortion” is a trigger point. The reality is that people’s views on abortion rights vary greatly. Most people do not like talking about it, even though they say they believe it is a woman’s right. Even many supporters of a women’s right to choose believe abortion should be limited in its scope. This resolution would make abortion legal at any time during the gestational cycle from the first week to the ninth month.

3.  S.J. 30 would override existing state law that limits abortion up until viability. It would require the state to ignore any future findings, that science may give us, concerning fetal viability and pain. It threatens the freedom of religious institutions that choose not to recognize abortion as a right or pay for abortion services. Using the term “right of personal reproductive autonomy and freedom” is an effort to mislead the public and avoid these difficult discussions.

4.The proponents of this resolution believe changing attitudes toward abortion, which support limitations or outright banning of this barbaric and immoral practice, put what they view as a “right” in danger. This is only further proof that the issue of abortion should remain part of the legislative process and not placed in our Constitution. When bitter conflict exists in a democratic society, the best solution to balance these conflicting interests is through open debate and discussion. The General Assembly is the best forum for this discussion to occur.

Created with NationBuilder – Theme by Tectonica