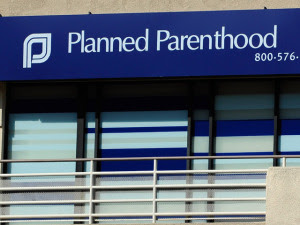 The Trump Administration's decision to cut Title X funds from family planning clinics that provide abortions has started a discussion in Connecticut about how this will affect 16 Planned Parenthood centers in Connecticut. Federal funds are almost never allowed to be used to provide abortion services.  The concern has long been that Title X funds have been used by Planned Parenthood to help support its abortion services through various accounting procedures, that is, funds are applied to medical services leading up to abortion procedures.  The Trump Administration has now enacted rules to insure that Title X funds are not used for abortions. First, abortion providers must now provide their abortion services in a separate clinic from the one in which they provide all their other services. Second, they are not allowed to refer patients to those facilities.

Planned Parenthood of Southern New England (PPSNE), which operates 16 clinics in Connecticut and one in Rhode Island, will lose over $2.1 million in Title X funding. PPSNE has already stated that they will not comply with the new regulations. However, the cut is a small portion of their operating revenue.   Based on its most current IRS 990 filing for its fiscal year ending March 2018, PPSNE took in almost $39 million in revenue.  Over the last two fiscal years, PPSNE had an operating surplus of approximately $11 million.  They also reported having $12.7 million in publicly traded securities, which earned them $408,305.  These numbers and others show a very financially strong organization in Connecticut. Planned Parenthood does not really need assistance from taxpayers, including state taxpayers, to make up the Title X cut.

You can join us using

Created with NationBuilder – Theme by Tectonica